What is the 4L Trophy?

Over a period of ten days, the 4L Trophy is a 100% student raid, combining good atmosphere and humanitarian actions.

The 18th edition of the world's largest humanitarian event will take place from February 19 to March 1, 2015. In 2014, 2648 participants in 1,324 teams, from 1,460 colleges, left the two departure villages of Futuroscope in Poitiers and Saint-Jean de Luz, aboard their mythical 4L. The final destination was Marrakesh, a journey of 10 days and almost 6,000 kilometres on the roads of France, Spain and the pistes of Morocco. There they will deliver together more than 60 tons of school and sports equipment for the neediest children of Morocco. These elements make the Raid 4L Trophy the biggest European student car rally.

With our participation, we support the local organization "Les Enfants du Désert" which aims to provide education in rural areas of Morocco. For example by building schools and distributing school supplies. The organization provides medical care in terms of prevention, consultations and surgeries. (For more information: lesenfantsdudesert.org) 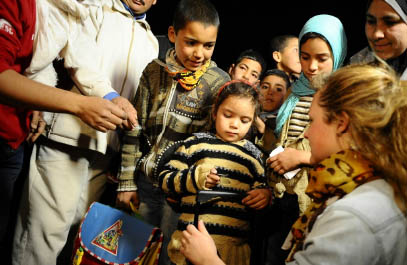 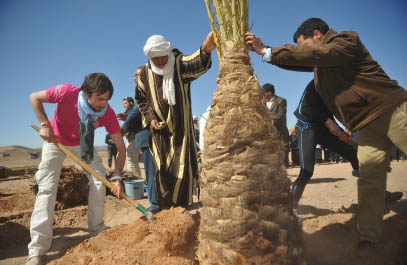 Every year countless actions are being taken to keep the ecological footprint of the rally as small as possible. Each team pays a big sum to neutralize the complete CO2 emissions of the trip in cooperation with Climat Mundi (climatmundi.fr)

Finally there is "Opération Desert propre": Garbage is minimized. Biodegradable trash bags to collect the waste from all the participants and even the roadster books are printed on recycled paper.